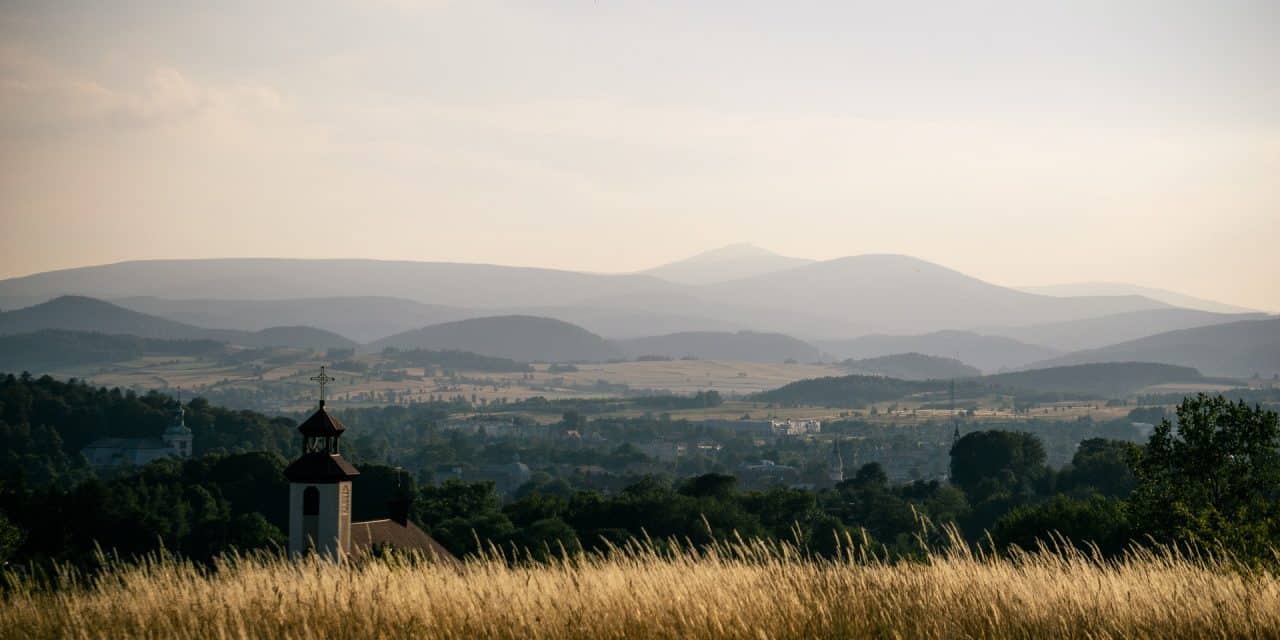 While the Baptist religion has been around since the 1600s, our Southern Baptist tradition is relatively new. With our roots in the pre-Civil War era, we’ve had some rocky times. These days, we are a strong group of independent churches united under the umbrella of Southern Baptists. But without knowing our history, knowing our present can be confusing. What are our roots? Where do we come from?

The world has come a long way from the 1600s. We started out persecuted for our beliefs wherever we went. Even in the early American colonies, our leaders were imprisoned and condemned for going against the Church of England. So, how did a little religion that broke from the state church become one of those most popular religions in the world? And what is the relationship of Southern Baptists to slavery and civil rights?

What Is The Southern Baptist Religion?

We are, at heart, a Christian faith. We share many of the same basic foundational beliefs as most other Protestant religions. We celebrate Christmas and Easter, we baptize our followers, we hold communion. We believe in helping out our community members when they’re struggling. While we are similar in many ways, we also have our differences.

One of our biggest differences is our belief that each church is autonomous. Even though we have the Southern Baptist Convention to help guide and support our churches, they don’t give us rules to follow or practices we’re required to perform in order to be part of their organization. Each Baptist church is allowed to practice how their congregation sees fit.

Our baptism practices are also a little different from many other Protestant religions. According to Mark 16:16, “Whoever believes and is baptized will be saved, but whoever does not believe will be condemned.” According to our traditions, we must believe before we can be baptized. That is why we don’t do infant baptisms. We have to be ready and willing to let God into our hearts, and not be forced into it. We also believe a person has to be fully submerged when being baptized. This represents Jesus dying and then being reborn for us.

Communion, or the Lord’s Supper as we call it, represents the death and rebirth of Jesus. Unlike some other religions, we don’t believe in transubstantiation. The bread represents Jesus’s body, and the fruit of the vine his blood. Only members who have been baptized into the church are allowed to take part in the Lord’s Supper (although some of our churches are more lenient). Also, since we tend to abstain from alcohol, we use juice instead of wine.

Family is especially important to us. We believe that our families are those we are related to by blood, marriage, or adoption. We believe that marriage is between a man and a woman, and that marriage is a lifetime commitment. We hold traditional family values, with the man typically the head of the house. Children are considered a blessing from the time of conception.

While the original Baptists churches spoke English and had broken away from the Church of England, the first Baptist church was formed in Holland in the early 1600s. They chose Holland because it had a greater religious tolerance than England, where they faced persecution from James I.

The earliest church leaders included John Smyth and Thomas Helwys. Smyth, who had trained as an Anglican preacher before becoming disillusioned with the church’s teachings, held very strict rules as to what he believed to be the correct way to worship God.

But one of the biggest changes (and where we eventually got our name) was Smyth’s conviction that the Bible never said anything about infant baptism. He believed only believing adults should be baptized, and that all other churches were doing it wrong.

Ironically, after years of building the new Baptist community in Holland. Smyth eventually converted and became a Mennonite. Helwys successfully petitioned the newly formed Baptist Church to have him excommunicated and continued his work with the Baptist church. Smyth died just a year later after suffering from poor health.

The first Baptist Church was established in America in 1638 by Roger Williams, who started out as a member of the Church of England, like John Smyth and Thomas Helwys. He began his practice in the then still-unsettled colony of Providence, Rhode Island. Around the same time, John Clarke was setting up another Baptist Church in Newport, Rhode Island. In 1663, they both managed to get King Charles II to agree to provide them with a charter guaranteeing civil and religious freedom.

The church continued to grow, and new churches were set up in New Jersey and Pennsylvania. In 1707, the Philadelphia Baptist Association was formed. By 1790, there were 35 different Baptist associations, 560 ministers, 750 churches, and around 60,000 members. Each of these organizations recognized the autonomy of their churches. They served as councils to help with ordination, disciplining ministers, and settling congregational disputes. But they had no rules for their members to follow. There was no hierarchy.

In 1845, when the issue of slavery was tearing the young United States apart, the American Baptist Foreign Mission Society said that it would not appoint any candidate for service if they owned slaves. Shortly after, the American Home Mission Society decided that separate Baptists organizations were necessary, which is where we got the Southern Baptist Convention.

Today, the Southern Baptist Convention has over 47,000 cooperating churches. Worldwide, we have almost 15 million members. These days, we are one of the largest Protestant communities in the world. But our beginnings were very humble.

The first Baptist church in the south was actually organized in Maine in 1682. Its leader, William Screven, moved it to South Carolina a few years later. In 1715, another preacher named Robert Norden started a church in the Virginia colony. In 1727, Paul Palmer began a Baptist church of his own in North Carolina. By 1740, there were only eight churches and under 400 members.

However, in 1740 two very dynamic preachers from the north by the names of Shubal Steams and Daniel Marshall came to North Carolina with some of their followers. They started a church in Sandy Hook and began traveling around the south, spreading their word.

Back then, the Anglican Church was still the State church for those colonies still under British rule. As a result, people were paying taxes to support the church. Many of the colonists were against this and found the Baptist Church’s opinion that Church and State needed to be separate to be refreshing.

As our numbers increased in the South after the Revolutionary War, tensions between the North and South grew. More than once, Southern Baptists asked for a separate organization as they felt that their needs were not being met by the Northern councils. Unfortunately, many of our members at the time were slaveholders. They had become frustrated that the northern councils wouldn’t elect any of the members to mission work if they owned slaves.

Finally, on May 14, 1845, the Southern Baptist Convention was organized. Leaders at the time emphasized that we were still part of the larger American Baptist congregation. This new organization would allow Southerners to appoint our own people to missions, regardless of whether they owned slaves or not.

The Civil War and the years of rebuilding following it put a damper on our mission work and all programs we had started building. Slowly but surely, we continued to grow over the next 50 years. We began new programs, we re-opened seminary schools that had been closed down during the war and even started a Woman’s Missionary Auxiliary Union. In 1891, we formed our own Sunday School Board, which allowed us to print our own literature and finally stop relying on our Northern brethren for our books and pamphlets.

We continued growing and continued with our mission work. However, our history with the South and slaves continued to plague us. During the Civil Rights movement of the 1950s and 60s, we took no active roll in fighting for equal rights. In fact, some of our members fought against racial equality.

It wasn’t until 1995, at the 150th Anniversary of our founding, did we issue a resolution condemning racism and apologizing to African Americans for our part in the slave narrative and our inaction in supporting our African American brothers and sisters in their fight for equality.

In our resolution, we say: “Therefore, be it RESOLVED that we . . . unwaveringly denounce racism, in all its forms as deplorable sin; and . . . that we lament and repudiate historical acts of evil such as slavery . . . we apologize to all African Americans for condoning and/or perpetuating individual and systemic racism in our lifetime; and we genuinely repent of racism . . . we ask forgiveness from our African-American brothers and sisters, acknowledging that our own healing is at stake . . .”

While our faith in its current form has only been around since the mid-1800s, we are part of a lineage going back centuries. And while many of our practices may seem unique, they are not that different from many of our other Protestant brothers and sisters. In the end, our faith in God and salvation through Jesus Christ unites us. 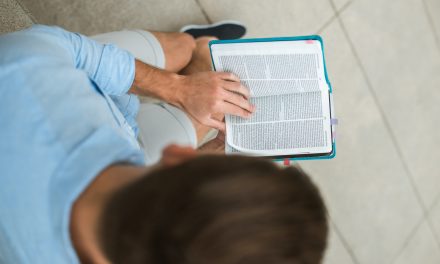 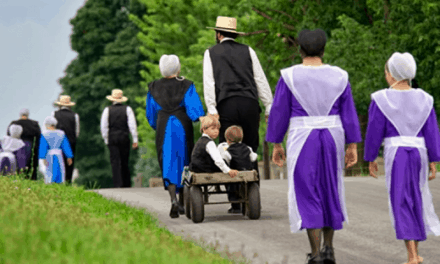 Do Amish Believe That? 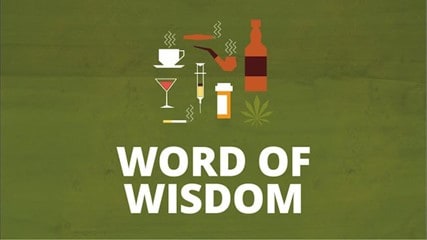 Everything You Didn’t Know About Mormons 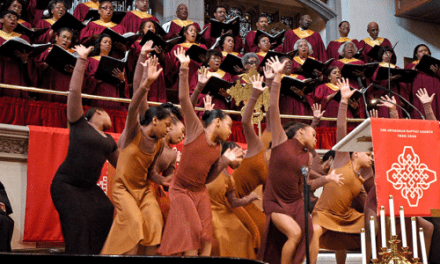