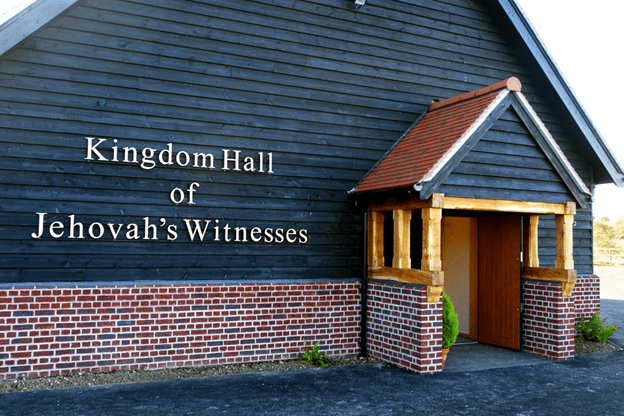 #1 Can A Jehovah’s Witness Marry a Catholic?

Catholics formerly had very strict rules about marrying outside of their religion and interfaith unions. Considered a ‘mixed marriage,’ these have been accepted more in recent decades, and it is not seen as overtly uncommon for a Catholic to marry outside of the religion.

A Catholic would require dispensation (or formal permission) to marry a non-Catholic. With that said, the Catholic Church does not recognize Jehovah’s Witness’s baptisms as being valid, which creates some issues, and Jehovah’s Witnesses do not typically marry outside of their religion.

Interfaith partnerships are even referenced in the Bible, 1 Corinthians 7:12-14:

The rules for this include:

Again, it is unlikely that a Jehovah’s Witness would want to marry outside of their denomination, or agree to all of these terms. So this is an unlikely pairing, although the Catholic would arguably have more freedom of choice to marry a non-Catholic partner.

Sometimes there are exceptional cases for a female JW and male Catholic. Still, others argue it can be much more difficult when the genders are reversed, due to the male/father-figure often setting the tone for children in the marriage.

It will depend on the following factors:

Others suggest in forums and casual discussions that this pairing can work if neither party is baptized or wholeheartedly committed to the religion. If they are less involved in their faiths, this can make an inter-denominational wedding less serious, dramatic, or even important in the grand scheme of their overriding commonalities.

Only the couple can determine for themselves if a successful marriage will occur between a Jehovah’s Witness and a Catholic.

Jehovah’s Witnesses and Marriage to Non-Witnesses; Published April 30th, 2016. An ex-member discusses a JW member marrying an unbeliever at the time they have been disfellowshipped and then decide to return to the organization at a later time.

#2 Can A Jehovah’s Witness Be a Doctor?

Yes, Jehovah’s Witnesses are free to become Doctors if they wish, but many would not be comfortable with the non-artificial blood transfusions that would be required of them frequently in daily operations.

A Jehovah’s Witness would have to muster great cognitive dissonance to separate their identity with their spiritual ethics. The treatment a patient requires and demands will be what they receive, so if this is not in-line with a JWs moral-code, it will not be an easy profession for them.

#3 Can A Jehovah’s Witness Date?

Yes, a Jehovah’s Witness is allowed to date once they are of mature age. Not considered a frivolous courtship, dating is a fairly serious matter that is taken with the expectation of marriage to your ideal companion. This commitment is not only to each other, but also in the promise that you will wholeheartedly support your partner’s faith.

Jehovah’s Witnesses do not date casually or to gain experience in love, they have an end-goal in mind and all of their guidance texts advise strengthening the marriage. Even their official website regards ensuring you are both ‘on the same page,’ about the commitment that will eventually be expected.

With a great deal of romantic advice on their website, there’ve gone as far as to offer a series that helps you distinguish if what you’re experiencing is friendship or romance:

If you feel drawn to someone, find out if that person is drawn to you. Allowing romantic feelings to take root before then is like trying to grow a plant on a solid stone.

If you discover that the person does have feelings for you​—and if you’re old enough and ready to date​—then it’s up to you to decide if you want to pursue the relationship. Remember, a strong marriage is made up of a husband and wife who share the same spiritual goals and who are also up-front and honest with each other. (1 Corinthians 7:​39) In fact, they no doubt started out as​—and continue to be​—good friends.​—Proverbs 5:​18.”

You can read the many JW.org guides related to courtship here:

#4 Can A Jehovah’s Witness Smoke?

No, Jehovah’s Witnesses do not smoke or encourage drinking, substance abuse, or any form of bodily or mental destruction that may separate them from a connection to God.

The smoking of tobacco is particularly addictive, another quality seen by any Christian as a lack of self-control. Tobacco and Nicotine react against each other, offering the body a simultaneous stimulant and depressant. This impact on the brain is not seen as safe, productive, or supportive of a long-life of worship.

As with many religions, even Eastern ones that view one’s body as a ‘temple,’ Jehovah’s Witnesses similarly encourage a clean body that is not corrupt with substance, addiction, dependencies, or foreign DNA (such as blood transfusions or even rare meat).

“Or do you not know that your body is a temple of the Holy Spirit within you, whom you have from God? You are not your own, for you were bought with a price. So glorify God in your body.”

#5 Can A Jehovah’s Witness Play Sports?

Yes, a Jehovah’s Witness can play sports. There will be certain mental predilections that a Jehovah’s Witness is encouraged to acquire, including to not be overly competitive, swear, or behave with aggression. Sports can bring out a dark, competitive nature in many hormonally-charged individuals; due to this, Witnesses encourage sports while also noting the ‘pitfalls’ that one should be aware of.

There are certainly Jehovah’s Witness athletes. In Syndey, Australia, football defender Alex Rance refers to his faith-oriented dilemmas regarding the sport.

JW.org describes Sports – What I Should Know, encompassing the:

They advise sports participants to:

#6 Can A Jehovah’s Witness Wear Pants?

Yes, Jehovah’s Witness males and females are allowed to wear pants. Most of the rules and references to this question debate on women wearing pants.

The main discussion points and attire beliefs that Jehovah’s Witnesses prescribe to are:

In 2008, Dr. Michael Lill “developed a way for Jehovah’s Witnesses to receive bone marrow transplants without the blood transfusions their faith prohibits.”If a patient was able to have Dr. Lill’s transplant that abandons the need for a blood transplant, it could be acceptable for a Jehovah’s Witness to receive a bone marrow transplant. Nonetheless, it is not likely that a JW member would want to donate to others, seeking to keep their body pure, whole, and not sharing DNA externally.

Although a bloodless transplant would be considered ‘better,’ comparatively, it still involves donating elements of your DNA, which is not acceptable in the eyes of many Witnesses.

With this precise question posed on their official website, JW.org, representatives write:

“Doctors perform most bone-marrow transplants by withdrawing some marrow from a donor (often a near relative) and then injecting or transfusing it into the sick patient. They hope that the marrow graft will reach the patient’s marrow cavities and later function normally. Usually this procedure is considered only in critical cases (such as aplastic anemia or acute leukemia) for there are acknowledged hazards in preparing a person for a marrow graft and in treating him afterward.

As the question itself notes, red blood cells are formed in the marrow of certain bones such as the ribs, sternum and pelvic bones. Hence, it is understandable why, in the light of the Bible’s prohibition on blood, the question arises whether a Christian could accept a graft of human bone marrow.

The Bible states clearly that God’s servants must ‘abstain from blood.’ (Acts 15:28, 29; Deuteronomy 12:15, 16) But, since red cells originate in the red bone marrow, do the Scriptures class marrow with blood? No. In fact, animal marrow is spoken of like any other flesh that could be eaten. Isaiah 25:6 says that God will prepare for his people a banquet that includes “well-oiled dishes filled with marrow.” Normal slaughtering and drainage procedures never drain all blood cells from the marrow. Yet once a carcass is drained, then any of the tissue may be eaten, including the marrow.

Of course, marrow used in human marrow transplants is from live donors, and the withdrawn marrow may have some blood with it. Hence, the Christian would have to resolve for himself whether​—to him—​the bone-marrow graft would amount to simple flesh or would be unbled tissue. Additionally, since a marrow graft is a form of transplant, the Scriptural aspects of human organ transplants should be considered. See “Questions From Readers” in our issue of March 15, 1980. Finally, writing in Harrison’s Principles of Internal Medicine (Update I, 1981, page 138), Dr. D. E. Thomas observes that “virtually all marrow transplant recipients will require platelet transfusions,” and many are given “packed red blood cells.” So the Christian should consider what additional issues he would have to face if he submitted to a marrow transplant.​—Proverbs 22:3.

Though a personal decision has to be made on this matter, the Bible’s comments about blood and marrow should help the individual to decide.”

As quite a vague answer that essentially says, ‘decipher the Bible and determine for yourself,’ JW officials seemingly want to dissuade members from transplanting any form of blood cells. They are saying this without directly making a statement, but the scriptures they have selected are quite clear.

Can Jehovah’s Witnesses Do That? From dating practices, to interfaith marriages, to sports – Jehovah’s Witnesses teach a unique style of Christianity that indeed distinguish them from other Christians. With many misconceptions about this denomination, use this quick read to understand from valid sources such as JW.org. We will cover topics like the JW outlook on smoking, donating blood, donating marrow, and even marrying a Catholic! 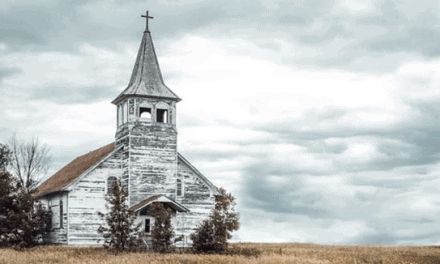 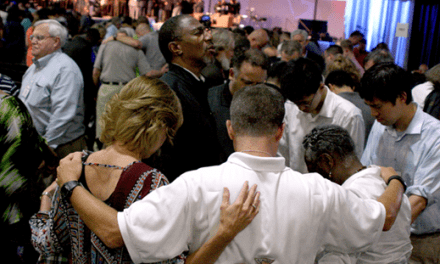 How Do Baptists Differ from Other Christians? 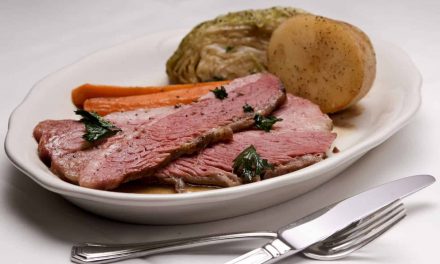 Why do Catholics Give Up Meat? 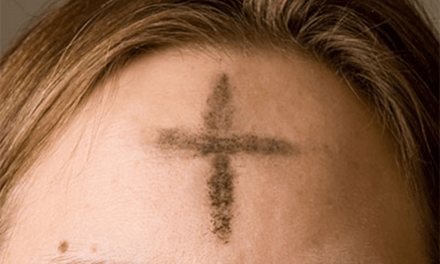