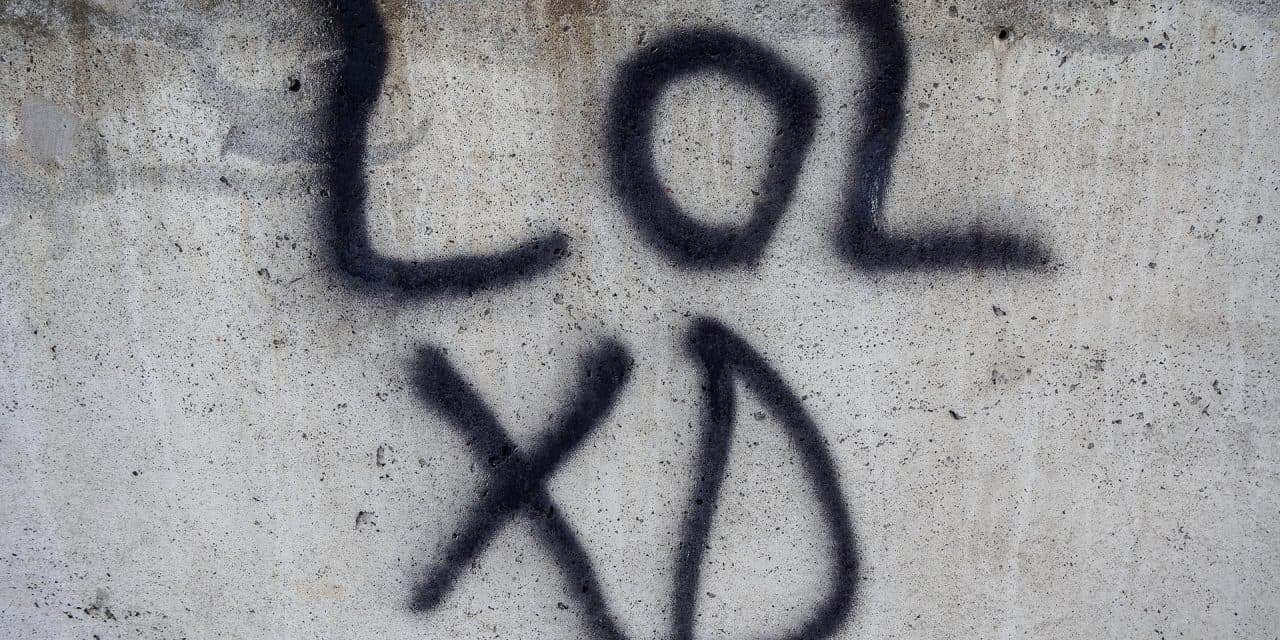 Nerf guns provide lots of fun for people of all ages. But the fun from Nerf guns does not stop when you leave the battle field. Instead, Nerf gun fun can continue to be enjoyed through funny and relatable memes.

Whether you are looking for a way to connect with the crew or simply wanting to find some memes to chuckle at on your own, there are plenty of Nerf gun memes available to you.

Below you will find a complete list of all the funniest Nerf gun memes. So, keep reading and get ready to laugh!

After you unbox your Nerf gun there is one thing you will undoubtedly quickly realize. This is that the darts seem to disappear!

Even if you store your darts neatly in a safe place your darts will still somehow disappear without a trace. But where do they all go?! No one knows!

Even a magic oracle can not disclose the location of your missing Nerf darts. Perhaps this is because not even they know where those pesky darts seem to run off to!

This common style of Nerf meme originates from the popular slogan used by the Nerf brand. “It’s Nerf of Nothin’!”.

The Nerf company adopted this phrase as their slogan in the 90’s and it has certainly not been forgotten by the Nerfing community.

Not only is it the company slogan, but for many it is a life style choice. With plenty of dart blaster options to choose from, loyal customers seem to apply the slogan to their lives. They are going to purchase Nerf, or they are not going to buy anything at all.

This meme perfectly describes what it is like to be in relationship especially if you are in a relationship with a Nerfer.

When you and your significant other get ready to go to sleep, you can not help but wonder what is running through their mind. If you are in a relationship with a Nerfer you can rest easy knowing that they are either thinking about Nerf or nothing.

There is no time for thinking about other women when Nerf is on the line.

Just like in the meme before this, you see that being in a relationship with a Nerfer proves to be quite interesting.

As much you may love each other, when it comes down to choosing between you or their Nerf guns, the odds do not appear to be in your favor.

We do not suggest asking your partner which is most important to them, you or their Nerf blasters. We both know you do not want to hear their honest answer.

As mentioned above, Nerf darts are highly elusive. The moment the package is opened those darts start looking for all of the best hiding places and magic portals they can escape to.

However, if at the end of a few weeks you still have either most of or all of your Nerf darts then you just might be a magician– or perhaps just very organized.

No matter your methods for keeping your dart collection intact give it a few more weeks, you will need to order another package of Nerf darts. Already running out of darts? No need to worry, we got your back. Order your dart refill pack here! Trust me, you are going to need them.

As fun as Nerf guns are, it is hard to tell how much of our time “using” them is actually spent firing darts. For every hour of playing with your Nerf guns, 40 minutes of that (at least) is spent picking up and reloading those pesky darts.

Even if you prestock a few magazines or have a bucket of darts on hand within 5 minutes of the battle beginning you know you will be down on the ground frantically picking up loose darts.

The only thing this pie chart is missing is the time you spend telling your friend Jeff that your dart clearly hit him. Seriously Jeff, its not cool…

Each fall Nerf releases their new blasters for purchase (yes blasters can be released throughout the year but those released on the fall release date are sure to be better). Whenever a new blaster hits the shelves it is up to you and the boys to grab yours before everyone else.

There is nothing worse than being the last one in the crew to get the new and improved reshelling of last years blaster!

I do not know about any of you, but I know that the moment I hear someone discussing Nerf guns I can not help but to intervene in the conversation.

It does not matter if someone is talking about the Newest Nerf blaster release or the difference between Nerf Rival and MEGA the conversation will always peak my interest.

In fact, in case you were wondering which was better Rival or MEGA, let’s talk about that here: Nerf Rival vs Mega: What are the differences between these sub-brands?.

Load your blaster. Go on do it. All you need is one dart. Prime the blaster and fire that one dart directly in front of you. Walk forward. The dart is already missing.

You will not see that dart again until your Aunt Edna starts rearranging your furniture three Thanksgivings from now. I do not know who made this rule all I know is that all Nerfers must follow it.

The good news is, next time you go to move you will have found enough Nerf darts to restart your Nerf hobby!

10. The Curse of the Storm Trooper

If you have ever seen any Star Wars movie– or any type of movie really– then you have undoubtedly asked yourself, “how have they not hit anyone yet?!” With as many shots being fired at least one has to of hit someone! This especially rings true for the famous Star Wars Storm Troopers.

Because of this, anything Storm Trooper is bound to not hit its target. As you can imagine, when Nerf announced their Storm Trooper themed blaster the Nerfing community could not help but question the accuracy of this blaster.

While some previous memes might lead one to believe that dating a Nerfer is not the ideal relationship. However, if both members of the relationship like to have fun– especially with Nerf guns– there is no better relationship out there!

There are many different versions of this meme resulting from couples taking their own spin. One such take is solving relationship issues. For example, one wife left a Nerf gun and a note similar to the one shown above. However, at the end of her notice she wrote, “Loser does dishes the rest of this week.”

While many find this Nerf gun and note idea fun, others see it as quite the opposite. One person even named it the most annoying meme of the year! This was however simply because they felt it created unrealistic norms for how a relationship should be. Read more about their take on the meme here: Dear Husband Nerf Gun Meme!

Even before Nerf released their Zombie Strike blaster line, nearly everyone with a Nerf gun envisioned taking on the zombie apocalypse with their Nerf blaster arsenal in tow.

Perhaps this apocalypse craze among the Nerfing community is what served for the blaster company’s inspiration for the Zombie Strike and Doomsland blaster series.

However, even with these specialty blasters in our collection, many of us more matured Nerfers might reevaluate our blaster collections and not choose to take it with us in the event of a zombie apocalypse.

Nerf guns are one of the best toys available to people of all ages. Whether you are using the blaster or target practice, a Nerf war, or coming up with another creative game to use your blasters for you are sure to have a literal BLAST!

No matter what form of game you are using your Nerf guns for there is one thing that each has in common. After you load and fire all of your darts, you have to take the time to clean ALL of them back up.

Although the blasters make for LOTS of fun, the clean up portion can be quite a bummer. To help alleviate the pains of dart clean up, Nerf released a rolling dart collector!

Get the Nerf Elite Dart Rover to help shorten the time you spend picking up darts in your next blaster battle here!

As you may have heard me mention in many of my previous articles, Nerf is no longer just a child’s toy. Nerf guns have become a hobby that people of all ages can enjoy.

Play a fun blasting game with your children, or gather a group of your adult friends to play a more intense game. You can even put some higher stakes to your adult blaster wars. These stake might include having the losing team pay the tab at dinner or even place bets!

Gather a group of friends no matter their age and everyone is sure to have a great time.

The term Nerf does not always refer to the beloved foam dart blaster. In fact, Nerf has evolved into its own form of verb.

When something has been “Nerfed” it refers to the premise that the Nerf guns are “softer” than actual guns. With this in mind, when someone Nerfs something it’s original power is lowered to become a softer version.

If you hear something is going to get Nerfed, just as the meme above describes, you need to get it at its original, peak performance before that happens.

If Nerfing is your hobby than you surely appreciate the lower price tags associated with purchasing a new Nerf gun. However, if you like to take this harmless hobby to the next level, you might be willing to spend a pretty penny.

However, to less experienced Nerfers spending this much money on your Nerfing hobby is ridiculous. We say, to each his own.

While the Nerf slogan typically refers to purchasing Nerf rather than any other dart blasters being sold on the market others tend to take it to the extreme.

Those truly dedicated to the Nerfing community live by the mantra “it’s Nerf or Nothing.” As the meme above shows, if you have not chosen Nerf you have ultimately chosen to be nothing.

Do not be the next one to disappear, choose Nerf! 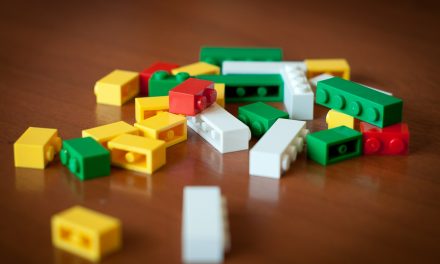 Should You Buy Used Or New LEGO, Which Is Best?

How To Make Your Own Building Block Toys 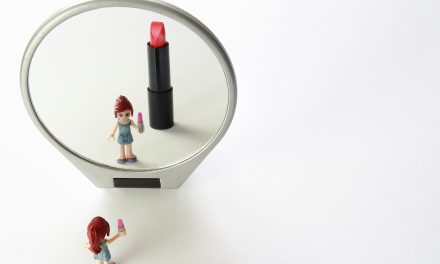 These Are Girls Favorite LEGO Sets Of All Time 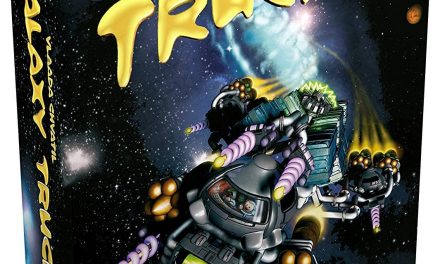