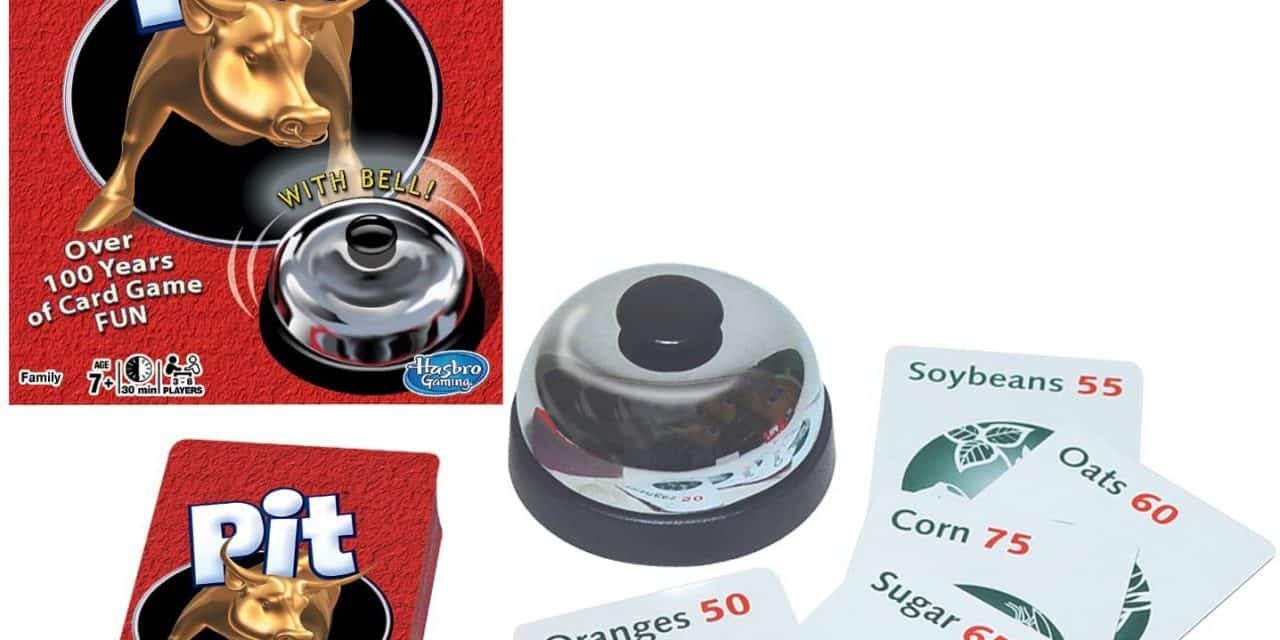 Pit is a fast-paced card game of trading for 3-7 players. Cards that display various goods such as barley and wheat are traded between players in order to collect as many of the same types as possible.

If you don’t own Pit! already, check it out here on Amazon.

Start by removing the Bull and Bear cards from the deck. The trading bell will be placed in the center of the table and one player will be selected to shuffle the deck, dealing out 9 cards to each player. Players will get 30 seconds to sort their cards and decide mentally which commodity they will try to corner.

The object of the game is to trade cards with other players in order to corner the market on Barley, Corn, Flax, Hay, Oats, Rye, and Wheat.

Once the cards have been dealt and sorted, the Dealer will strike the bell and announce that the “Exchange is Open.” Then, players can begin trading cards with each other. To do this, they will take 1-4 cards of the same suit and hold them up so the other players do not see them and shout “Trade One! One! One!” Depending on the number of cards that are being traded. They will continue to call out these numbers until the cards have been successfully traded.

If a player would like to exchange cards with another player, they must also call out “One! One! One!” based on the number of cards that are being traded. Trades can only consist of the same amount of cards. For example, if the first player holds up 3 cards and another player wants to trade with them but they only have 2 cards, the first player will have to drop their bid to 2 cards.

Trades will continue until one player collects 9 cards of the same suit. That player will quickly ring the bell and shout “Corner on Barley!” or whatever the commodity is. This will trigger the end of a round.

The game will end when a player reaches 500 points at any time.

After a player has cornered a market, they will score the amount that is indicated on the commodity on the score pad. When this happens, all the cards will be reshuffled and dealt out in preparation for another round.

If there are 3 players in the game, only three of the nine total suits will be used. Four suits are used for 4 players and the entire deck is included in a 7 player game.

Pit can also be played as a party game with multiple players exceeding the maximum of 7. To play this variation, one Pit deck and trading bell will be used for every 5-7 players around a table. The first player to win 2 corners will move to the next table and so on until the high players from each table all move to a different one. Each player will keep their own score until someone reaches a number of points that is predetermined before beginning.

Within the first 30 seconds of the game, after the cards have been dealt and players are analyzing their cards, it is wise to go for the commodity that you have the most of in your starting hand. This will make it easier to corner the market and allow for a faster win. 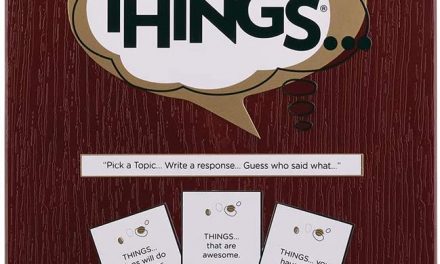 How to Play: The Game of Things (2-Minute Guide) 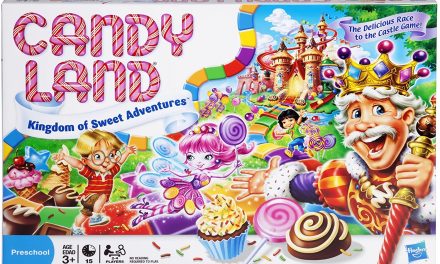 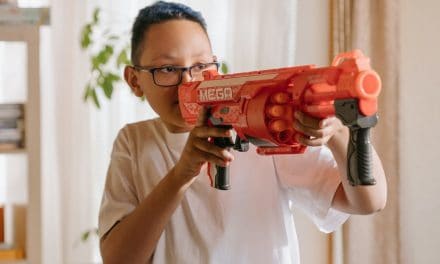 5 Crazy Nerf Dart Mods Ideas to Pimp Up Your Projectiles! 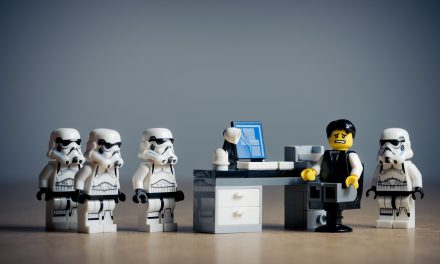