The Bulldog Temperament: Are They All Lazy? 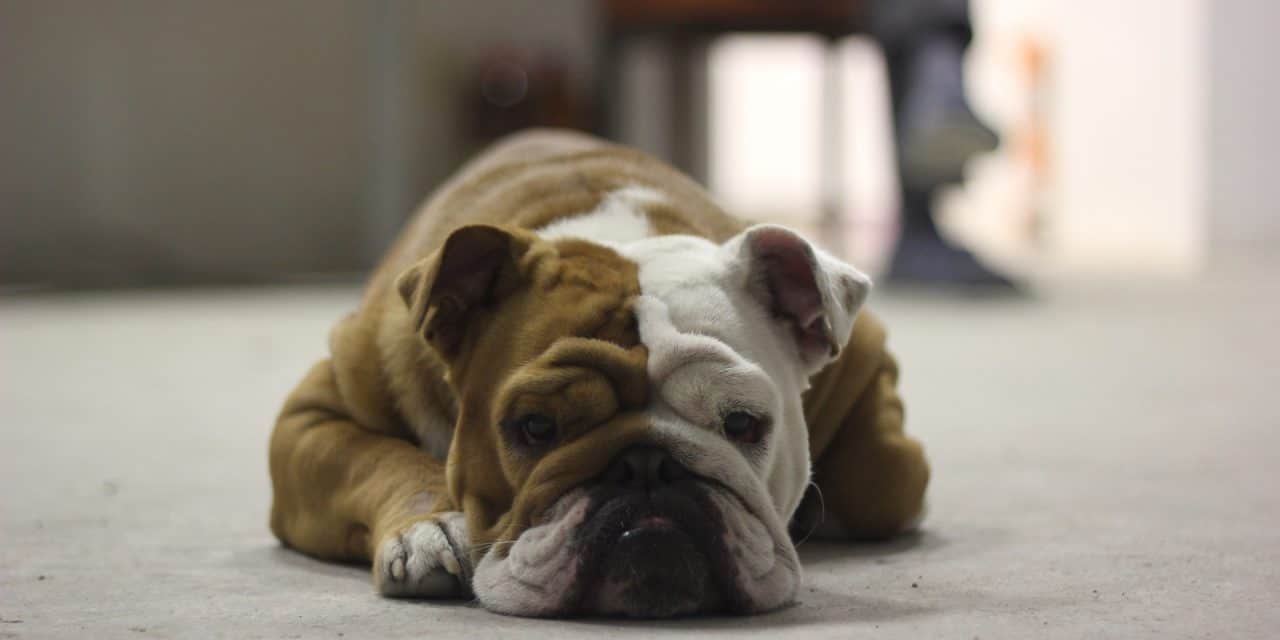 Bulldogs are widely regarded as one of the laziest breeds of dog in modern history, and the tons of snoring bulldog videos online only reinforces that stereotype. It’s even harder to ignore how often a bulldog lies around sleeping when many of them have snores that can rock the house.

So, are all bulldogs lazy? It’s true that bulldogs are relaxed in temperament, but bulldogs are a working breed used historically in herding and blood-sports like bullbaiting. This means that despite their reputation for laziness around the house, some varieties of bulldogs are capable of strenuous work in rough terrain.

Your family bulldog might spend most of his day napping and watching television, but that hasn’t always been the case with the temperament of this breed. Read on to find out more about bulldogs, why they’re sometimes lazy, and why they historically haven’t been considered lazy at all.

Related: 20 Fun Things To Do To Bond With Your English Bulldog

Why Are Bulldogs So Lazy?

Bulldogs, especially Old English Bulldogs, have a reputation for being lazy. It’s not unusual for bulldogs to spend 50% of their day sleeping, or 12-14 hours a day. For most adult humans, who can barely get in seven good hours of sleep if they’re trying really hard, the idea of regularly getting double that amount on a daily basis can come across as ridiculously lazy.

But the truth is that dogs, in general, spend this same amount of time sleeping. This is because dogs only spend about 10% of their sleep cycle in REM sleep, as opposed to humans, who spend 20% to 25% of their time sleeping in REM sleep. When it breaks down, this means that dogs (and cats, and many other predatory mammals) end up needing more daily sleep than humans do.

So really it’s not that bulldogs are lazy, it’s that a) all dogs are equally lazy, and b) dogs only seem lazy in comparison to humans. It’s normal for dogs of any breed to spend the majority of their day sleeping and resting. Bulldogs just look sillier doing it.

There was a time in history not that long ago when bulldogs didn’t have a reputation for laziness at all. Going all the way back to the 1200s, bulldogs were used primarily in a medieval blood sport known as bull-baiting, where a bull was staked in place and a bulldog was set on the bull until it could drive the bull to collapse or the bulldog was killed by the bull.

This was similar to the practice of bear-baiting, which was also performed during this period. Bulldogs were sometimes used to bait bears as well, or bulls and bears pitted against each other. In any case, bull-baiting required an intense amount of stamina, and no dog that was ever involved in it could be described as lazy.

On the contrary, bulldogs from this long period in history had a reputation for dogged endurance and strenuous working conditions. When people think of the idiom “worked like a dog,” a bulldog from this time period is one of the types of dogs that inspired it.

The barbaric practice of bull-baiting wasn’t abolished in the United Kingdom until 1835, and this time period after the abolition of bull-baiting is when the bulldog’s appearance and demeanor began to transform into the laid-back breed that exists today.

Modern Bulldogs Are a Calm and Relaxed Breed

Even when they’re not asleep, contemporary bulldogs have a reputation of being a very calm and relaxed breed of dogs who are just as happy to snuggle up for a Netflix binge as they are to go on a walk. For most people who own bulldogs, this is one of their most endearing qualities.

But calling bulldogs lazy for this disposition is a little mean-spirited. It’s probably nicer to frame it as “indoorsy” or “tranquil.” In any case, if you’re more into movie marathons than you are into actual marathons, a bulldog is probably a suitable breed for you.

There are several advantages to owning a breed of dog as “lazy” as a bulldog. The major one is that a bulldog will usually not tear your house up from one end to the other out of pent-up energy if they don’t get enough physical or mental stimulation.

This is in stark contrast to other companion dogs with a working breed background such as border collies or German shepherds, who can become quite neurotic without intense levels of stimulation and exercise. For people who want a dog as a companion but don’t necessarily want to dedicate every weekend to a hiking expedition or lengthy dog park sessions, bulldogs can be a great compromise.

Bulldogs Have Health Problems That Lead to Fatigue

One reason that perceived laziness might be a problem in bulldogs is that bulldogs, unfortunately, have a variety of congenital health problems that can contribute to their fatigue and lack of mobility. Here are a few of the health problems in bulldogs that can lead them to act lethargic:

Many of these disorders are progressive and can put a bulldog in a lot of pain or discomfort, so it’s vital for owners to observe their dogs carefully for unusual behavior and schedule them an appointment with the veterinarian if they notice a change.

If you have a bulldog who was previously active and laid-back who is suddenly sleeping or laying around a lot more than usual, this could be a sign of trouble that needs to be addressed by a veterinarian. Especially as a bulldog gets older, this can be a sign of underlying health problems that need to be addressed or medicated. If you own a bulldog, you’re probably going to end up having to deal with more medical issues than you would other breeds.

Since fatigue can be a major sign in many bulldog health problems like respiratory distress related to brachycephaly or overheating, seeing your bulldog acting more lazy than normal can be a cause for concern.

To rule out any serious health issues, a bulldog should be taken in for a veterinary checkup at least once a year, and if any excess fatigue is noted, a special trip should be made so that the vet can look the dog over. A veterinarian is often better at observing subtle signs of discomfort than an owner and can also take X-rays to rule out problems such as hip dysplasia or joint issues.

While you might not want to know if your bulldog has a potentially chronic and expensive health condition, it’s better to catch many of these health problems early on so that they can be treated in their early stages. Many of these health problems can be very distressing to the dog because they cause exhaustion and loss of breath. If your bulldog appears excessively lazy, it is a good idea to get them checked out as soon as possible.

One aspect of the bulldog personality that helps contribute to their reputation of being lazy is that if they don’t want to do something or go somewhere, they’ll often sulk and lay down and simply refuse to go. This is especially true of bulldogs who are not very familiar with the leash who are asked to go on a walk they don’t want to participate in.

While this kind of behavior might be perceived as lazy (and hilarious) to bystanders, it’s not actually laziness, but stubbornness.

Like many working breeds, bulldogs have a willful, independent streak that can make them somewhat difficult to train at times. Another thing that can make them difficult to train is that unlike other working breeds such as border collies which are known for their eerily high intelligence, bulldogs aren’t smart. They score lowest on the scale for obedience-based intelligence for any breed.

That means if you are trying to teach your bulldog to come to you and he doesn’t ever listen, it doesn’t necessarily mean it’s because he’s lazy. He could be acting stubborn, or he could just not understand what you want him to do in the first place.

How to Prevent Laziness in Bulldogs

Bulldogs have a natural lazy streak that makes them lovable couch potatoes, but this kind of lifestyle can be detrimental to their health and their overall lifespan. Obesity in bulldogs related to lack of exercise can worsen health problems such as the following:

It might go against their personalities a little, but it’s in the best interest to keep a bulldog trim, and the best way to do that is to make sure that they get plenty of exercise (whether they like it or not). Bulldogs can be incorporated in a variety of fitness activities that will help keep them fit too. They even seem to take well to extreme sports such as skateboarding and surfing.

For those owners who are a bit less adventurous, getting your bulldog into a daily habit of going on a neighborhood walk can do wonders to help keep their weight down and alleviate any stiffness related to arthritis and other joint issues. Jogging and running are not suitable activities for a bulldog since their strides are quite short and they are prone to overheating.

Here are some more tips for helping to keep your bulldog properly exercised so they don’t get lazy:

Some bulldogs might be more excited at the idea of exercise than others, but it’s important that all bulldogs are exercised daily in order to keep them in good health. You might end up having to bribe them occasionally to keep them moving, but it’s for their own good.

While you might have to harass your bulldog with praise or treats to be less lazy than he’s naturally inclined by personality, it’s important to respect your dog’s need to relax too. This is especially important in hot weather that is miserable for bulldogs to exercise in due to their difficulty breathing, as over-exerting them in hot weather can cause bulldogs to collapse.

Bulldogs May Be Lazy but We Love Them Anyway

Bulldogs might enjoy a reputation for being lazy, but this actually makes them ideal pets for many less active people who don’t have the energy to keep up with a more rambunctious working breed. While the bulldogs of yesteryear were ferocious athletes, the mellow bulldogs of today might need a little extra encouragement to get off the couch.

It’s not always easy to get a bulldog up and moving, but if you keep them involved in your daily routines from an early age and make sure to stay out and about yourself, you’ll end up with a bulldog who is ready to follow you wherever you want to go. 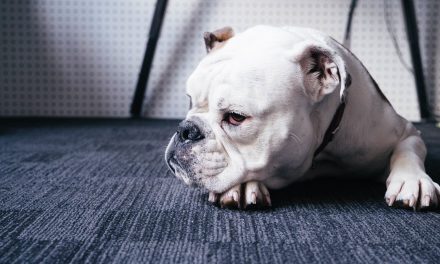 Can an English Bulldog Be a Service Animal? 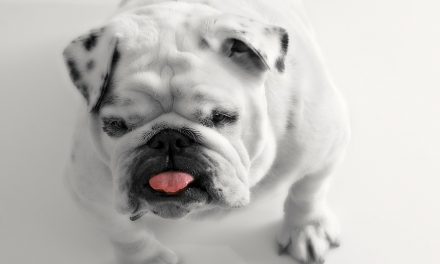 7 Steps to Train an English Bulldog to Walk on Leash 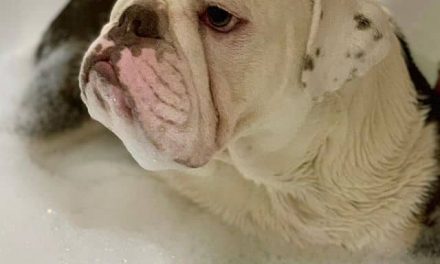 How to Get Rid of an English Bulldog’s Bad Smell 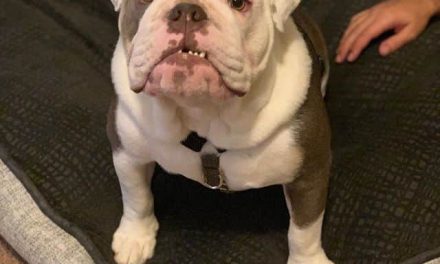 Here are the Costs of Maintaining an English Bulldog