The Colors of the Wind (Turbines) – Why Are Wind Turbines White? 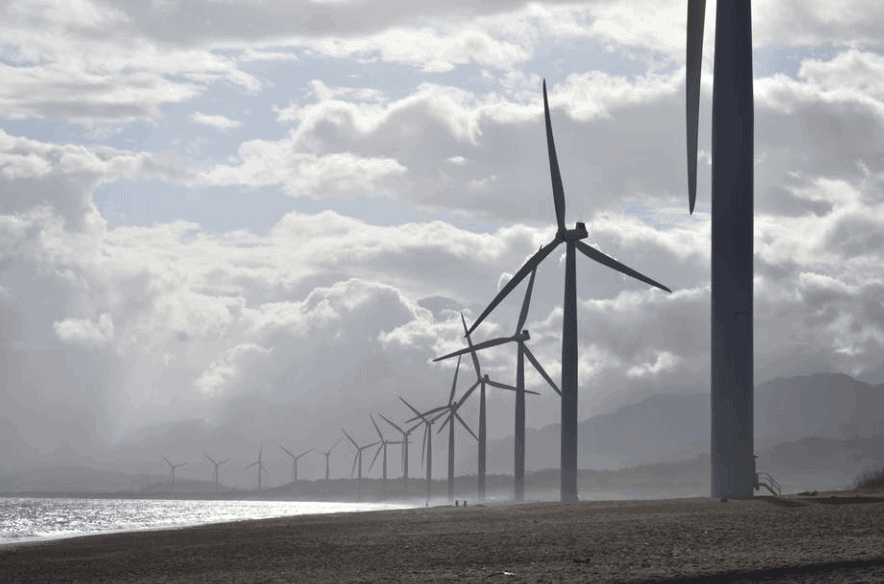 When I was looking at photos of wind turbines recently, I wondered why they are all painted white. So, I did some more research to find out if there is any specific reason why this is the most common color among wind turbines.

Why are wind turbines white? Wind turbines are painted white to achieve the best aesthetic in natural settings. The color white is also used for various safety reasons that help extend the life span of the turbines, and because it is the most practical choice to keep the machines in the best possible condition.

At first thought, it may seem uninteresting that almost all wind turbines are coated in a layer of bright white paint. There have been many arguments over the years in favor of changing this standard and covering the turbines in alternate colors. However, there are more reasons for the outer appearance of these machines than meets the eye.

Related: How Is Wind Energy Formed?

White Is The Most Aesthetic Color

Although white can look relatively plain in some cases, it is also one of the least invasive color options on the spectrum. In other words, it is a neutral color that is not as eye-catching as its more pigmented alternatives.

When driving past a white wind turbine it probably will not catch your eye like it would if it was painted hot pink, so it would be easy to assume that there wasn’t much thought put into the design.

Without research into the topic, it would seem like a possibility that wind turbine owners couldn’t decide which color would look the best on the machines so they just covered them in white. Then maybe everyone else in the world followed along until it became a standard, right?

There are a few more reasons that the color white has been chosen for most wind turbines besides aesthetic purposes, but painting wind turbines white ultimately makes them more visually pleasing. Plain, white paint makes wind turbines much less distracting and intrusive than they would be if they were painted a more distinctive color.

The color white helps turbines to blend into the environment as well as the scenery behind them. Since bright white is not normally found in fields of grass and mountain regions where turbines will likely be placed, it might seem that they stick out like a sore thumb.

Most people would doubt that white is a natural color that will help turbines blend into the nature around them and present the argument that they should be painted green or blue instead.

When looking up at a turbine from ground level, you will be able to clearly see the distinctive white tower against the bright blue sky. So, it can be hard to imagine how the white paint is all to disguise the turbine if it doesn’t match the grass or the sky.

However, if it is a cloudy day and the bright blue color of the sky is now covered with white and grey patches, the white turbine will blend right into the new color scheme above it.

Turbines Must Be Visible From Above

When wind turbines are at an eye-level view, they are intended to blend into their surroundings as much as possible, whether that is done by fitting in with the white sky on a cloudy day or just not sticking out too much against the scenery behind them.

However, from an alternative point of view, they are designed for another purpose that is completely opposite of the first. That purpose is to be more visible, believe it or not. From the sky looking down, planes and aircraft will be able to see them standing out in the grass below them.

This rule was implemented for safety reasons, and it is actually required by law that pilots must have a clear view of all wind turbines from above to avoid any accidents.

If the turbines were painted a color like green and blended into the grass completely, there would likely be a much more frequent occurrence of aircraft running into them without seeing them.

Even though wind turbines are supposed to be camouflaged at ground level, the white colored paint serves a double purpose and benefits people who are both on land and in the sky.

White Paint As a Protective Feature

The layer of white paint on the outside of wind turbine machines is applied for more than just visual reasons. The bright color helps to direct UV rays from the sun away from the inner components of the towers.

Sun rays can cause outer damage and premature wear on the turbine overall. The heat that would otherwise be transferred to the inside of the tower is reflected off of the surface and will not cause the turbine to get too hot and stop working.

If the components of the turbine were to reach high levels of heat, all lubrication could eventually dry up and cause unnecessary grinding and friction between moving parts.

These harmful rays would also cause the paint to chip and blister over time if the color was not reflective, as well as expansion and swelling of the tower and deformities on the outer pieces.

Most importantly, the paint protects the generator from overheating inside the turbine, allowing it to continue taking energy from the wind and safely converting it into electricity.

All of these benefits that come with the outer paint color help wind turbines to function properly for many years, avoiding wear and tear that could break down the machines and cut down on their expected 20 to 25-year life span.

Although there are many benefits that come with painting turbines white for the human eye as well as aircraft pilots, there are some negatives to this color choice for insects and animals.

Studies have shown that insects are very attracted to the bright white color that is found on most wind turbines around the world. As a result, they frequently land on the structures when they are not moving or stay around the area for long periods of time.

This causes birds, bats, and other flying animals to get injured by the wind turbines. They could be flying through the blades and get stopped in mid-air or choose to nest below them to be close to a convenient food source that the insects have created.  It is speculated white-painted wind turbines could account for the cause of death of many different species of wildlife for these reasons.

It has been argued that wind turbines should be painted the color purple instead of white. A big reason for this suggestion is the fact that insects seem to be attracted to brighter colors like yellow and white.

Since most wind turbines are painted white and reflect the sunlight, they almost act as a magnet for all kinds of bugs and flying animals. It was concluded by scientists after conducting research that purple paint would keep the bugs away from the area and stop luring a large number of birds and bats toward the spinning blades.

When wind farmers choose to paint their turbines in shades of grey to help them blend into their surroundings, they are also doing it to attract fewer insects.

Even though the color grey is very close to white, it is not as bright and reflective. As a result, it deters bugs away from gathering near the blades. Although many people are leaning toward the idea of purple and grey paint colors, the default color for most wind turbines is still white at this moment.

Since wind turbines have historically been painted white throughout their entire existence, most people haven’t given much thought into the reasoning behind it.

White is such a plain and basic color and it would be easy to assume that all turbines are designed this way with no specific logic. However, scientific research has proven that white remains the ideal color for wind turbines almost everywhere across the globe.

Are Wind Turbines Currently Painted Other Colors Besides White?

Offshore wind turbines that are close to the ocean might have yellow colored foundations to lead ships in toward the dock. In some areas, wind farm owners have taken the initiative to paint their turbines different shades of white or even light gray in efforts to help them blend in more seamlessly.

However, most wind turbines and wind farms use the color white on their machines for various purposes. Since it is the most commonly used color, most of the turbines you see in passing will likely follow this traditional pattern.

Do Wind Turbines Have Any Additional Safety Features?

Wind turbines that are placed close to an airport might have red tips painted on the blades, or red flashing lights on top of them to signal pilots in nearby planes. With this feature, they can limit the risk of aircraft accident and direct plane traffic toward landing strips.

If you’re serious about learning more about wind energy, I recommend the Wind Energy Handbook on Amazon. This book is great for both students and professionals, and it holds invaluable information on the subject of wind power. 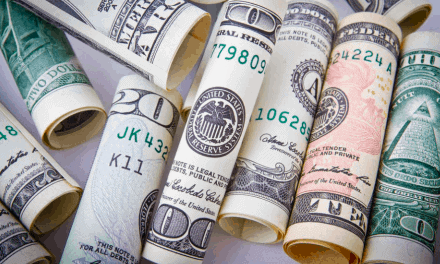 How Much Money Does A Wind Turbine Make In A Year? 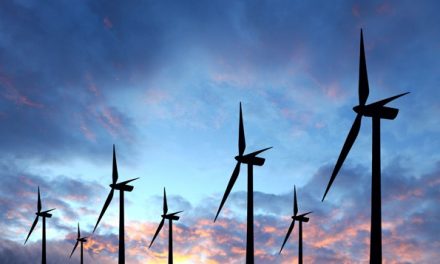 What Is Wind Turbine Syndrome? 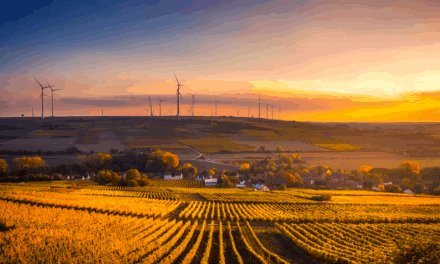 Will Wind Blow Forever? (How Long Wind Energy Will Last?) 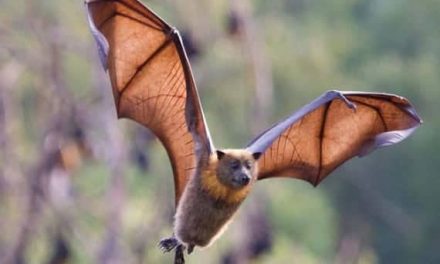 Sucking The Life Out Of Bats (Are Wind Turbines To Blame?)