Top 10 Reasons To Get Married in Croatia

Croatia is a very beautiful Country with lots of sights and wonderful places. If you’re thinking about marrying in Croatia, you will not regret at least by choosing this Country. I will explain you all the most important things that are needed for the wedding and clarify why Croatian is the ideal place for it. If you are interested I’ve written an article about the 15 most beautiful places you have to visit while in Croatia, and that you can read HERE. I’ll list you the Top 10 Reasons why you need to get Married in Croatia.

My Top 10 Reasons To Get Married in Croatia?

Croatia is geographically located in the heart of Europe. It is very accessible country and well connected with the rest of Europe. Croatia is known for beautiful beaches and natural beauty. Even from the plane,as you travel you will notice the beauty which surrounds and leave you breathless. When you come here, you will discover the beauty of nature, parks,lakes and seas which many tourists say are uninhabitable. But the most important thing what you are thinking about is wedding, and there are a number of spectacular wedding venues throughout Croatia.

Croatians are known for talking a couple of languages and one among them is English. Since Croatia’s very small Country, here in schools we are studying English as an obligatory language and a few other languages since its earliest age. It is very easy to arrange and plan a wedding when a lot of citizens speak English. You can also easily express your ideas, thoughts, and ways for planing a wedding, so you do not have to bother by speaking another language. Therefore you will save a lot of time and feel like at home.

Wherever you are in the World, marriage is not a cheap thing, but that’s not true for Croatia. Here you can go very cheaply as far as planning your own wedding and organisation, but your budget depends on several factors of course. One of these factors is: choosing a place, whether it’s a hotel, a huge hall, the number of people you will call, singers you will engage, the amount of food,photographers, and other things. But if all of the factors we consider are taken into account and compare them with other city’s such as London, Paris, Rome, Lisbon and other European countries, here you will go significantly cheaper and better. But not only is it cheaper to arrange that wedding but the experience itself is much more beautiful and relaxed, so you will certainly not regret by choosing Croatia.

One of the most important factors for planing a wedding is the weather. So a perfect marriage requires a perfect weather that Croatia certainly have. This country is also known for its large number of sunny hours in the year. When we consider the beautiful Adriatic Sea, it is difficult to find a reason why you do not want to come to Croatia. Also my recommendation if you decide to come to Croatia, that you come between April and October what I think is the most beautiful part of the year here, but the other months are special also in their own ways.

Croatia has one of the top gastronomic delights. Considering the big Adriatic sea and fresh fish that can be combined with homegrown vegetables and fruits, you get a great combination of food. Mediterranean food is one of the healthiest nutrition that exists, and in Croatia you have a plenty of it. As far as wine is concerned, we have: White, red or rosé which are naturally processed in our vineyards and have a centuries-old tradition which is considered one of the best wines in the world. As for the food and the quality of wine for your wedding, with this choice you will surely not make mistake and guests will be delighted.

6) Easy to move and plan a Wedding

As for moving to Croatia and getting citizenship, we do not have as strict measures as most European cities. You can find the entire citizenship procedure on the government web site. As for the planning of the wedding, there should also be no major problems, because you are the one who has the money and is willing to invest it. And in Croatia it’s normal when you have the money, its very easy to get what you want quickly. If you want, you can pay someone to organise a whole wedding for you, and you just have to be there. But I would not recommend you this because it is personal thing and it is best to devote your time regardless of money.

Croatia is generally a very safe country with regard to crime rates in the streets, if we exclude politicians. You can move freely and relaxedly into the streets of the city without any fear that something will happen. This is a very big thing when you know that you are safe,and Croatia is a very friendly and open nation, which is another reason why you should marry in Croatia.

In Croatia, people are very kind and social. You can talk with them openly and they will not turn their back to you. They will even help you fix some problem if you need. Still, there is also a saying: “It doesn’t matter where you are, but who you’re with” and besides that you are with your better half and you are surrounded with very kind and social people.

9) Croatia will give you unforgettable effect

When we take into account all that the Croatia has to offer, it does not make sense to start count. From historical sights, buildings, churches and chapels, parks, castles, festivals, seas and lakes are just a part of what you can see here. Croatia is one of the top destinations in the World, where people come year after year and are always thrilled. Dubrovnik is one of the oldest Croatian cities and Hollywood has decided to shoot one of the most popular series in the world here,”Game of Thrones”. As far as wedding venues in Croatia are concerned, you have more than enough locations to choose from.

Regarding organisation for wedding, location, wedding hall, food and music in Croatia here you have a large number of agencies you can hire to organize some of these details or all of this. Croatia is also known for the fact that many people choose this destination for wedding and the business around wedding has been built here. It would be a shame not to take advantage of all the benefits we have said enumerated and not to marry here, but of course the final decisions is on you. Here you got everything you need to make your wedding in the highest possible level.

The Best and the Worst Years for Get Married in Croatia

It is difficult to determine which are the best years to get marry and decide if you are dating the right person for you, but there are some researches that talk about these things. Studies conducted in Croatia show that the couples which are least divorced are those who married when they were between 28 and 32 years of age. This applies in particular to “early break-ups”, ie couples who break only a few years after they got married. The figures say that those who are between 28 and 32 years of age are the best candidates to stand in front of the altar.

Those who are going through the worst are are young and old people. The new research carried out in Croatia shows that those who marry “very late” and those married “very early” are actually the worst case. The biggest chance to break up in the first five years since marriage have couples who did so when they were in teenage or early 20s, and couples who married after age 45.

The most Common Reasons for Get Married

There are countless reasons why we decide to marry. Some will make us enjoy it, and some not. But this is so with everything in life, and with that we have to reconcile and move forward. It makes no sense to make things worse and keep thinking about it. We will list the most common reasons to see why we are all deciding for this step in life!

Parents and closer relatives are constantly dazzling you with their annoying questions when you will marry. It’s as if they do not care if we be in a happy marriage, but just to be married. This is a completely absurd reflection that shows the ignorance and disrespect of life.

Basically, just because someone thinks it’s time for getting married does not mean that we have to obey it. So what if you are 32 and you are in seven years in relationship. If you are not ready for marriage, if you feel this is not the person for you, it is not wise to marry just because a bizarre opinion of most societies thinks its your turn to get married.

The real time is when you feel it, and not when others say it is,and that feeling makes no sense to rush. Please consider this embarrassing pressure to marry only because most of the misguided people feel that it is the right time for you. I know too many people who paid that mistake very expensive.

Rushing the marriage often results from another strange conviction. Namely, from the very beginning of our life, is described as a life’s success.They do not tell us we should build a happy marriage, but just to marry. There is no reason to think about the quality of marriage. So marriage becomes the goal for itself. It does not matter to them at all if we have a successful marriage, it is important for them just to marry. And as everyone knows in marriage, there is no mystery. If we did not agree before we got married, we will not even after. Everyone can marry, and a real success is to have a happy and harmonious marriage!

The marriage is killing solitude

One of the most common reasons is the conviction that marriage is killing solitude. We feel that when we get married, we will not feel lonely anymore. And of course, that is exactly when it comes to quality marriages, but we feel very lonely if we are in relation to a person who is not “ours”, with whom we are not on the same wavelength. On the contrary, that feeling of solitude, when we are with someone, and yet we feel that we are alone, that feeling of solitude is much worse than the solitude we feel when we are not together,right?

We will not find a better Partner

We sometimes marry because we think we will not find a better partner.It does not come to our mind that we should build ourselves, enrich our lives, and then we will attract a more beautiful and richer person, but we decide to reconcile with the situation and agree to a relationship that does not make us happy.

These were also some of the reasons that would make our enjoyment in marriage difficult. Although they are more common,of course they are not the only one. Of course there are also people who are married for love and desire to celebrate their relationship. I do not think we should either vow to eternity because no one can know what can change in the meantime, but their vows are at least honest and aware and as such they have a much greater chance for a happy and rich marriage. I’m not cynical, I’m just realistic, and there’s no point ignoring reality when we decide to marry!

If you are interested in learning more about dating, then consider checking out this book about dating on Amazon.

What is the Average Age to Find Your Soulmate? 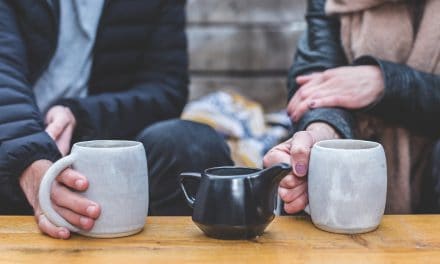 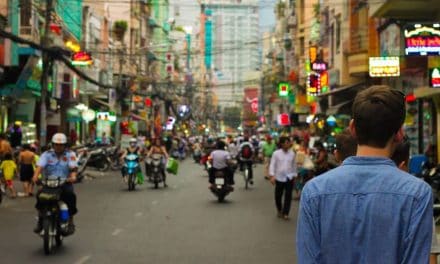 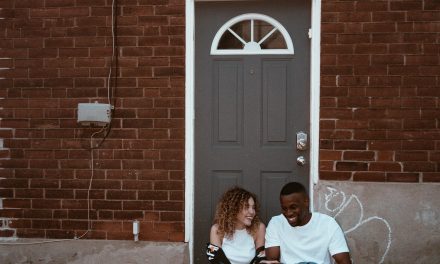