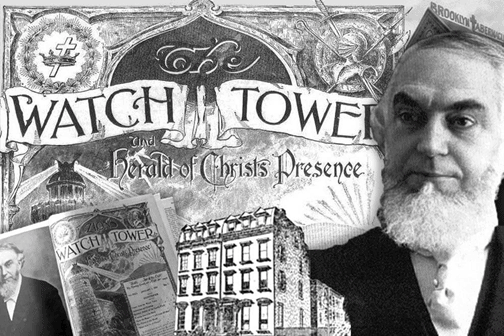 This is a difficult question to answer. No one has absolute confirmation that they will be saved since no one knows with certainty what happens when we die.

If you asked a Jehovah’s Witness, they might answer both yes and no.

Here is the rationale behind both answers:

Others may take the Bible highly-literally with no room for abstract interpretation. To this point, they could use scriptures such as Romans 10:9-10 to validate that by merely embracing Jesus, you are saved:

“Because, if you confess with your mouth that Jesus is Lord and believe in your heart that God raised him from the dead, you will be saved. For with the heart one believes and is justified, and with the mouth one confesses and is saved”.

In their resource, Do Jehovah’s Witnesses Feel that They are The Only People That Will Be Saved? They tell:

“No. Many millions who lived in centuries past and who weren’t Jehovah’s Witnesses will have an opportunity for salvation. The Bible explains that in God’s promised new world, “there is going to be a resurrection of both the righteous and the unrighteous.” (Acts 24:15) Additionally, many now living may yet begin to serve God, and they too will gain salvation. In any case, it’s not our job to judge who will or won’t be saved. That assignment rests squarely in Jesus’ hands.—John 5:22, 27.”

#2 Are Jehovah’s Witnesses Allowed to Dance?

You will not see a Witness dancing provocatively, under the influence of recreational substances, or using dance as a tool for temptation. Dancing is referenced in the Bible as a means for joy and celebration, but it is also referenced as a provoker of sin.

Sometimes leading to lustful, indulgent, or dangerous situations, such as when Herodias’s daughter danced for King Herod in Mark 6:22  – This form of dancing is not acceptable.

However, Witnesses will find great beauty in forms of dance, such as:

Ultimately, a Witness would see dancing more through the lenses of being a beautiful form of human expression. Ecclesiastes 3:4 says there is, “A time to weep, and a time to laugh; a time to mourn, and a time to dance;”

“Jehovah’s Witnesses are not against parties, music, dancing and drinking of alcohol, as long as they are done in moderation. Witnesses are cautious about their entertainment choices, avoiding R-rated movies and music with immoral lyrics. They dance, but discourage sexually suggestive moves. Witnesses are expected to avoid recreational drug use, citing the scripture that says “let us cleanse ourselves of every defilement of flesh and spirit.” There is no restriction on caffeine and Witnesses can drink alcohol in moderation.”

JW.org explores the Bible’s viewpoint on Dancing as Communication and Expression:

“The full range of emotions may be expressed in dance—from the joy and exuberance of a celebration to the solemnity of religious rite and tradition. (2 Samuel 6:14-17; Psalm 149:1, 3).”

#3 Are Jehovah’s Witnesses The True Religion?

The share of all U.S. Christians who believe in Hell is 10 times larger (70%). And most Jehovah’s Witnesses (83%) say their religion is the one true faith leading to eternal life; only about three-in-ten U.S. Christians (29%) believe this about their own religious faith.”

Essentially, Witnesses are in the top 30% of most-confident religions in the U.S. regarding their accuracy. 70% of Christian Americans are not as confident or steadfast in their exactitude, legitimacy, or correctness.

In addressing the question directly, JW.org – Are we the True Religion? They propose the fair argument of, ‘why wouldn’t you think you were the one true religion?:’

“Jesus Christ didn’t agree with the view that there are many religions, many roads, all leading to salvation. Rather, he said: “Narrow is the gate and cramped the road leading off into life, and few are the ones finding it.” (Matthew 7:14) Jehovah’s Witnesses believe that they’ve found that road. Otherwise, they’d look for another religion.”

Compared to other Christians in the United States, Jehovah’s Witnesses do have a longer list of ‘serious sins,’ one of which is abortion.

Jehovah’s Witnesses are pro-life and strongly anti-abortion, based on their biblical interpretation that all life is sacred. There are exceptions to this rule and forgiveness to be had, but they fundamentally do not support abortion.

JW.org cover the subject of Biblical Views on Abortion, citing:

“In God’s eyes, life—especially human life—is sacred. (Genesis 9:6; Psalm 36:9) This principle applies to a baby growing in the womb, a place designed by God to be a safe haven for a developing child. “You kept me screened off in my mother’s womb,” said a Bible writer. He added: “Your eyes even saw me as an embryo; all its parts were written in your book regarding the days when they were formed.”—Psalm 139:13, 16.

They do add the following exceptions to these rules. Abortion is reasonable:

According to PewResearch.org’s religious landscape on abortion within the Jehovah’s Witness denomination, noteworthy figures include:

Regarding racial influence and ethnic composition amongst the members regarding abortion, the ones that feel it should be illegal are:

No, Jehovah’s Witnesses are not protestant.

The correct descriptors for the Jehovah’s Witness denomination are:

Protestant Christians were once the leading denomination in the U.S., with 53.6% of the population. Today that number has decreased to 46.5% of the American adult population (with one-third of all American Protestants being Baptist).

The reasons that they do not consider themselves to be Protestant are:

You can read more here about the reasons Jehovah’s Witnesses are not Protestant.

#6 Why Was the Jehovah’s Witness Religion Started? The early history of the Jehovah’s Witness denomination began in the late 19th century of Pittsburgh, Pennsylvania. As a relatively new religion, this group of disciples has been through a great deal of persecution and punishment for their beliefs, even being tortured and murdered with Jewish disciples in the WWII holocaust.

With various forms of torment and difficulty in their short duration of existence, the Jehovah’s Witness denomination was initially developed during the Adventist Movement within the United States but quickly made waves globally. The denomination would soon significantly impact the religious culture of Europe, even causing a great fear in Russia that would result in severe turmoil. Even today, Russia is escalating the persecution of Jehovah’s Witnesses through arrests, violence, and harassment.

The religion was initiated and developed by Charles Taze Russell, it’s founder, who lived from 1852-1916. He wrote that he did not intend to create a religious movement and never received a ‘divine message,’ revelation, or inspiration from God. He simply wanted to create a devotion that rejected Trinitarian theology while also dismissing the notion of Hell.

When these predictions did not come true, Adventists started to split up.

Flash-forward thirty years later, and Russell was departing from his Adventists teachings. Still considering himself an Adventist in the 1870s, Russel was finding his own ‘style’ and way of teaching these Adventist-based pillars. Asking many questions, he wanted to change the way people had viewed things, creating something new.

By 1879, Russell was able to produce the long-standing publication of religious texts, a magazine still known as The Watchtower. The Watchtower was written for members of his new denomination, a group that was called IBSA (International Bible Students Association) that would later be known as Jehovah’s Witnesses.

The major reason we can attribute to Russell writing this theology is due to the fact that the Adventist Movement failed to predict the second coming of Jesus Christ. Without the failed projection of Adventism, Russell may not have ever chosen to depart from his Adventist faith.

PBS.org describes of this history:

“Although Russell’s message appears to have been quite popular among the general population, clergy of various denominations quickly branded it as heretical and launched public attacks against him. Nevertheless, Russell became an internationally recognized figure on the religious scene, touring and speaking extensively throughout North America, Europe and Asia.

The founder would foretell a great unraveling that was soon impending; he predicted it would be four decades in the future. The time that he predicted ended up being World War I, which was viewed as proof of his accuracy.

Russell project that this fortune wouldsignify the ‘last days’ before Armageddon. Being that this was over a century ago, Jehovah’s Witnesses have been readily preparing and fearing this apocalypse for more than 100 years.

The reasons why Jehovah’s Witnesses do not celebrate holidays include:

“For the customs of the peoples are vanity. A tree from the forest is cut down and worked with an axe by the hands of a craftsman. They decorate it with silver and gold; they fasten it with hammer and nails so that it cannot move.”

Things You May Not Know About Jehovah’s Witnesses According to Pew Research, Jehovah’s Witnesses are in the top 30% of most-confident religions in the U.S. regarding their accuracy. 70% of Christian Americans are not as confident or steadfast in their exactitude, legitimacy, or correctness. Better described as Nontrinitarian Universalists rather than Protestants - Learn more about this passionate and misunderstood religion, including their outlook on holidays, dancing, abortions, Protestantism, and being saved. We will also briefly discuss their history and how they’ve been persecuted ruthlessly despite having a short duration of existence compared to most religions. Read now to find out more! 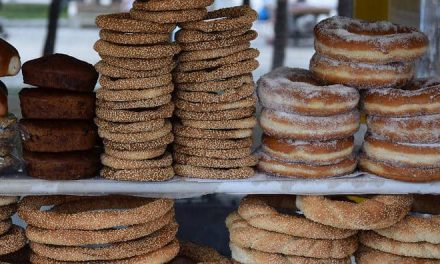 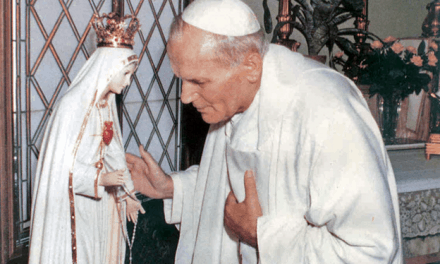 A Few Things You May Not Have Known About Catholics 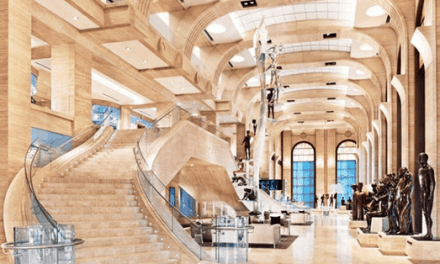 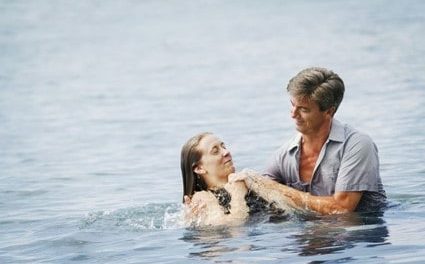