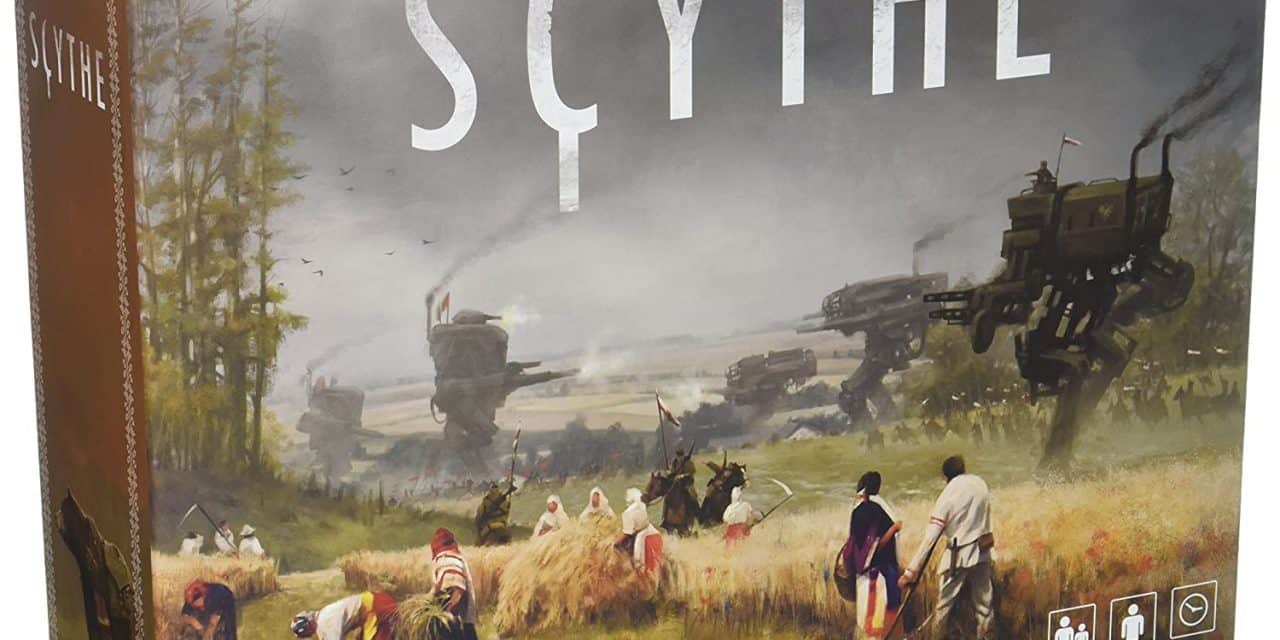 Kingdom Death: Monster is a cooperative game for up to 4 players. Thrown into an uncivilized world without any basic necessities, players must create weapons to fight monsters and develop a settlement to survive. The game can be played alone or with a team, and players get to choose their own adventure until they face the monster at the end of the story.

If you don’t own Kingdom Death: Monster already, check it out here on Amazon.

Kingdom Death: Monster comes with a plastic sheet of connected character and monster figures that must be assembled before playing. This is done by gluing the pieces together one by one. When this step is complete players may choose to add color with paint, although this step is optional.

To set up the playing area, the game board will be placed in the middle of all players. Everyone will choose a character piece and all card decks will be sorted and shuffled in preparation for future rounds.

The object of the game is for all players to survive as many years as possible, hunting monsters for resources and creating a settlement for survivors.

During this phase, players will go out and complete a series of events before fighting a monster. First, prepare all characters with weapons and choose a monster and level from the available Quarries list on the settlement sheet. Set up the hunt board on top of the game board. The monster’s page in the will display their correct set-up on the hunt board. Take specific Hunt cards and place them on the board as instructed by the book. The generic hunt deck fills up the remaining spaces skipping the start, overwhelming darkness, and starvation spaces. The monster is then placed on the spot on the board that matches its level and survivors are placed on the start space. One character will be the event and will be moved onto the first space to overturn and resolve the Hunt card. After the card is resolved, it will be removed from the board and all survivor pieces will move forward together. Each player will take turns being the event revealer and the cycle will repeat. Generic hunt cards will require you to select a random event by rolling the white and black dice together as one number and following the corresponding event in the . For example, if a player rolls a 4 and a 2, reading from left to right on the table they have rolled a 42 and will complete event number 42 in the storybook. During these events, players may find items and take event damage, which has less of an effect on health than other damages throughout the game. The player who lands on the space with the monster on the hunt board will begin the showdown phase.

This phase is the bulk of the game where players will fight monsters. Collect all relevant cards labeled H, AI, HL, R. Sort them into shuffled decks and place them on board accordingly, along with the monster’s basic action card. The basic action card will indicate what is needed to perform actions when fighting the monster. Separate AI cards by numbers, choose one of the decks and draw a number of cards matching the level of the monster you are fighting, and place it on the board. Turn to the corresponding page of the story book for the monster you are fighting for setup instructions. This will show you how many terrain cards will be used and where the monster will be placed. Terrain cards show how many tokens are needed, the special effects of a card, the abilities activated by the monster or characters, and how to set them up on the game board. Movements on the board are only up, down, and side to side, no diagonal movements throughout the entire game. Next, place survivors on the board as indicated. It will be the monster’s turn first, draw the top card of the AI deck and resolve it. This is done by following the steps indicated: Pick Target, Move and Attack Target. The speed on the card refers to how many dice are rolled, and accuracy is the number needed to roll for a success. Characters can earn points of evasion by having certain weapons or hiding in the grass on terrain cards. If a  character has 4 evasion points, the monster must hit on a scale of 8 or greater during that attack. Each character has a survival sheet and the bottom left corner will show the armor they are wearing. These scores should be calculated and updated after the attacking phase. Next is the AI card step.  If damage is incurred during the same attack more than once, you will draw another AI card. The box at the bottom of the card with an exclamation point indicates a special action only if a condition has been fulfilled. After the monster’s turn, it is the players’ turn where they can activate survivors one at a time. When a survivor is activated, they will gain 1 movement point and 1 activation point. During this turn, players can also activate weapon cards. The lightning symbol in the top left of the card indicates how many interaction points must be spent to activate the card. The next numbers from the top indicate top weapon speed, accuracy, and lowest strength modifier. For each successful roll, draw 2 cards from the HL deck. Roll the dice 1 at a time to get a result greater than or equal to the monster’s toughness level as indicated on their behavior card. Add the strength modifier of your weapon to this score. For example, if the monster’s toughness is 8 and the strength modifier of your weapon is 2, you must only roll a 6 for a successful hit instead of the normal 8. HL cards will indicate what will happen to either side if the player succeeds or fails.

If the monster runs out of cards during this round, reshuffle discard pile to replace the deck. If there are no cards in either pile, perform the basic action as shown on the behavior card.

Players can use survival points collected at the beginning of the game to perform special actions in between each of the monster’s phases of AI card once per turn, in between turn actions, the monster is knocked down, or before the HL action. The monster can also trap players as indicated on the trap card that will be drawn occasionally. When the monster dies, players can draw R resource cards and basic resource cards based on the level as indicated in the story book. Now, clean up the board in preparation for the Settlement phase.

Players will return back to their settlement whether they succeed or fail and determine what to do with the new resources they have collected.

Place the settlement phase board in the middle of the table with all surviving player pieces from the last round on the side of it. Also place the number of endeavors equal to survivors with the black and white star tokens. Update the timeline on the settlement sheet by adding years survived, resources, etc. The settlement event cards deck is then drawn from and the card is resolved. If there is a book icon next to the settlement event icon on the timeline, find the corresponding page in the storybook and resolve it. If there is a nemesis encounter icon, you will encounter a nemesis during this year, which will play out the same as the showdown phase but will happen during this phase instead. Next, update the death count on the settlement sheet and remove the survivors’ names from the population section. Then check milestone events on the same sheet by checking boxes and opening to the corresponding page in the story book, resolving them in any order. To develop, you will take resource cards and turn them into gear from the location cards that will be placed on the board throughout the game. Gear and cost required are indicated on the location cards. Innovation cards also added to the settlement throughout the game, which will give players various advantages as indicated on the cards. Players can only innovate once per settlement phase. Unused resources and acquired gear is then recorded on the back of the settlement sheet. Finally, prepare all standing survivors for the next hunt and equip them with any available gear, clear the board, and set up hunt board to restart the cycle.

If at any time the settlement’s population reaches 0, the game ends and the players lose. If they are able to stay alive long enough to battle the most powerful monster, they have the chance to win the game if they are prepared to defeat it, but will lose the game if they do not.

During the hunting phase, you should spread your weapons generously and wisely to all characters. The most valuable resources to collect throughout the game after destroying monsters are hides, bones, and organs. Although it is impossible to choose which cards to blindly draw from the deck, it is never a good idea to draw a monster trap card from the deck.

Kingdom Death: Monster was only printed in the English First Edition and the English Second “1.5” Edition.

How the Game Changes Depending on Number of Players

If a game of Kingdom Death: Monster is played with 5 players instead of the maximum of 4, monsters should have +1 speed as well as +1 Damage instead of +2 as suggested in the rulebook. Additionally, when monsters are hit with a critical, the HL reactions should be cancelled as well as the reactions on all other HL cards drawn by that player. Other than these variants, all rules are the same throughout the game. 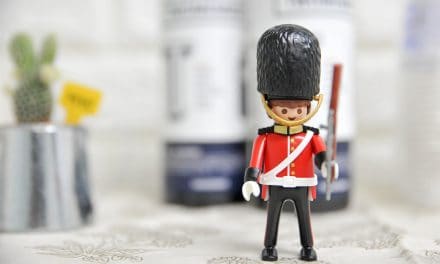 Why is LEGO so Expensive? (and Alternatives to Consider) 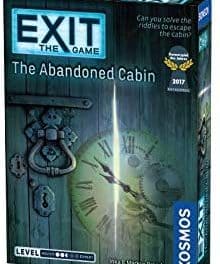 How To Play Exit: The Abandoned Cabin (5 Minute Guide) 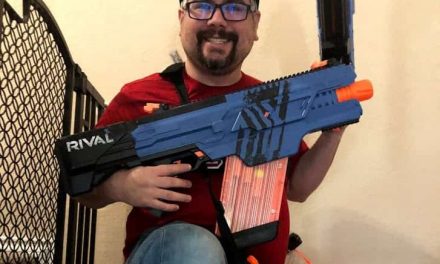 The Best Nerf Rival Guns: Which One is Best for You?