10 Awesome Nerf Blaster Games to Play with the Whole Crew! 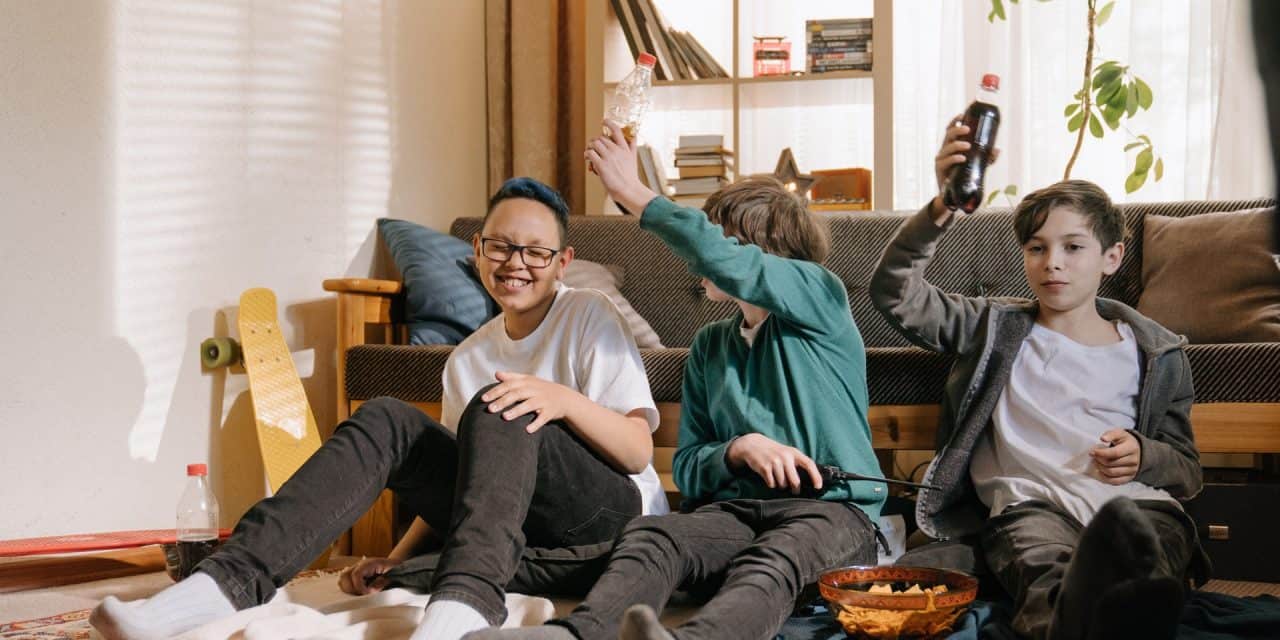 Using nerf blasters can be fun for players of all ages. So no matter how old you or the members of your crew are, you are sure to have a blast! *wink wink*

Are you and your crew getting tired of playing the same old Death Match? Looking to change it up but don’t know any other kinds of games? Well, then you came to the right place!

Here at BlasterPros we have gathered 10 awesome games for you and your entire crew to play with your Nerf blasters! Keep reading to find out more!

Rapid Fire is a great way to warm up the whole crew in preparation for the rest of the games you play.

Make sure each player is armed with a nerf gun and some a few extra nerf darts. Have a game master set a timer between 7 to 10 minutes and choose one or two respawn points.

Establish boundaries for game play and then have all the players spread out over the area.

The game master counts down and then starts the game. During game play the goal is simply to shoot as many other players as possible.

When a player is shot they simply return to spawn point and then return to game play.

If you and your crew want to keep track of kill points to declare a winner you can. However, Rapid Fire can also just be a fun warm-up game.

Rapid Fire can be played with any crew bigger than three or four people.

Capture the flag is a simple game that almost everyone has played at some point in their life. Whether you simply played by tagging opponents or by use football flags, the rules are essentially the same for the Nerf variation.

The map is divided into two areas or quadrants. Be sure to have a clear marker of where one area begins and the other ends.

In addition to marking the center of the area, be sure to establish generous, but fair, boundaries for all players to remain in.

Divide all the players into two teams, clearly marking what team each player is on. Each team hides their flag on their half of the playing area.

The goal of the game is to capture your opponents’ flag and return to your own team base without being shot.

When a player is hit there are several different rules you can use to return players to game play.

The first set of rules you can use is Prison. When a player is shot by their opponent they go wait in a “prison” on their opponents half of the board.

The second set of rules to play with is Tag Backs. One a player is hit, they freeze in place and must wait for a teammate to tag them back into the game.

After being tagged the hit player must return to their team’s half of the area before they can once again try to steal their opponents’ flag.

The final set of rules to use for re-entering the game is by using a Respawn Point. This is the simplest set of rules, if you are shot you return to your teams respawn point and are then able to return to game play.

Capture the flag is best for a crew bigger than at least 5 people. Any fewer and the teams will be uneven and rounds will go by pretty quickly.

However, you can play with up to as many players as you want. So combine your crew with another Nerf crew, or challenge them to see who is the number one team!

When playing protect the VIP, your crew divides into two separate teams.

Each team chooses one player to be their VIP. This player is clearly marked with either a bandana or a certain hat.

Game play begins and the VIPs are given the first 15 or 30 seconds to run for cover. During this time, the VIPs can not be hit.

Once the first 30 seconds is over the VIPs are then targets like all the rest of the players. The last team with their VIP standing wins the round!

You can play protect the VIP so long as you have a crew of at least 4 players.

The second variation of this game is called Mr. President.

In this version of the game one player is chosen to be the president. the rest of the players are divided into either bodyguards or terrorists. For every 3 terrorists, there should be 2 bodyguards.

This version is perfect for a crew of either 6 or more players!

If you and your crew want to practice your aim, then take some time to do some target practice!

Don’t have any targets to practice with? Build some of your own targets!

Learn how by reading How to Make a Homemade Target for a Nerf Gun: a Step-by-Step Guide.

Want to make target practice a learning experience for kids? Write some words on each of the targets and let the kids aim for the certain word you choose! Make it even more competitive by adding a time limit and points system!

Target practice is perfect for a large crew or just on your own.

Humans versus Zombies is one of the most common Nerf games played and is perfect for groups larger than 4 or 5 people.

Start with one or two players who are zombies and are unarmed. The remaining players are humans and are armed with nerf guns.

When a human is tagged by a zombie they must put their Nerf gun down and join the zombie’s team.

When either there are no zombies remaining or all the humans have been turned zombie, the game ends and the remaining team wins!

Freeze Tag is a unique and fun game to play with your crew. Similar to Rapid Fire, every player is armed with a nerf gun and it is a free for all.

Once a player is hit by the tagger they are frozen in place. Keep playing until only one player remains standing. To make the round last longer, add a healer who runs around unfreezing players.

If the healer is frozen, no one can be unfrozen and the game only ends when all players are frozen or the tagger is hit.

You can play freeze tag in a team variation as well!

Divide into two different teams and arm each player with a nerf gun. The goal is now to freeze the entirety of your opponents’ team.

Hit opponents with darts in order to freeze them! When a player is hit they can only be unfrozen when one of their teammates tags them.

Elimination is a variation of Death Match and Rapid Fire and is another great warm-up game to start with to get the whole crew excited.

This Nerf game can also be played in either a free for all or team variation.

In the free for all version, each player is given a certain number of lives and game play continues until one player remains standing.

When a player is hit you can either have them return to a neutral respawn point or you can have them stand in place and count to ten before returning to play!

In the team variation of elimination. Each team receives a collective amount of lives to share with each other.

You can keep track of how many lives your team has with some playing cards. When a player is hit, they take a card from their team’s pile and return to game play.

Keep the cards in the respawn area and keep going until no lives remain. After the final card has been taken, players receive no more lives and the remaining players fight to the end.

Elimination can be played with 2 or more people, but is often more fun in large groups.

A Nerf war obstacle course is also sometimes known as Gladiator and can be played with a large crew or just as two people.

In order to play this Nerf game, you and your crew will need to use a bit of creativity. Set up some obstacles throughout the house or out in the yard.

Split all the players into two teams, gladiators and snipers. There should be a few more gladiators than snipers.

When building your obstacle course sure to set up some vantage points for the snipers to shoot from.

If a gladiator is hit they are out of the course. Play this game several times rotating who are the gladiators and who are the snipers each time.

Mafia is a well loved party game often played with a deck of cards and some imagination. Bring the game to life by using your nerf guns!

The roles you will be playing with are innocents, traitors, and the detective. Using a deck of cards assign a role to either the color or type of card.

For example, use all black cards as innocents, red cards as traitors, and a specialty card such as the Ace or Joker as the detective (make sure the detective card is black so as not to cause any confusion).

For every one traitor you put in the deck there should be at least 4 innocents (this includes the detective).

All players then spread out throughout the playing area and game play begins.

Traitors are attempting to eliminate all of the innocents without being eliminated themselves. When a person is shot, the detective can go to them and ask whether they were innocent or a traitor.

Game play continues until the detective verifies that all the traitors were shot or when the only remaining players are traitors.

In order to play this Nerf game you will need a crew of at least 5 people to play with but can be much more fun with an even larger group!

When game play begins, both teams begin shooting opponents; however, when a player is shot, they are not out of the game, they simply are now on their opponents’ team.

This change of team is shown by turning their hat the same way as their opponents’ or by whatever marker you and your crew choose to use.

Game play continues on with players switching teams until all players have been assimilated into one team.

This game may go on for a bit longer than other games but is able to be played with at least 4 or more people!

So don’t keep playing the same old Nerf games with your crew. Make every hangout or party more fun by changing it up with one of the games listed above!

SEE ALSO: Which Nerf Darts are the Best? 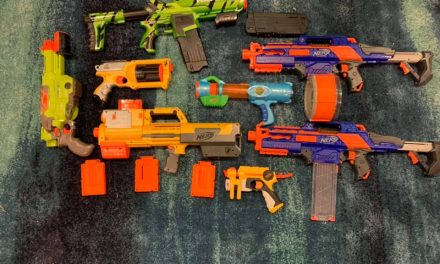 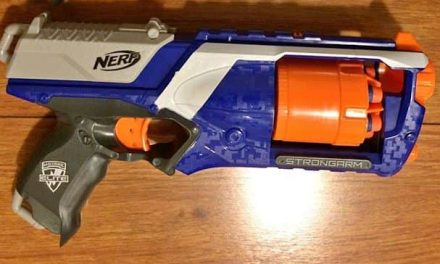 Which Nerf Gun Is Best for Modifications? 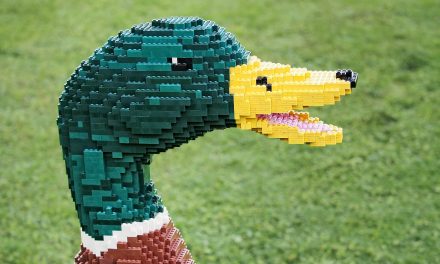 Is LEGO Safe For Pets? 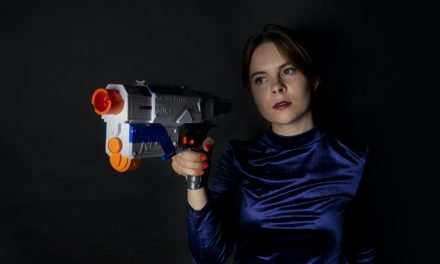